A few lifelong friends coming together to create a curated beer drinking experience. 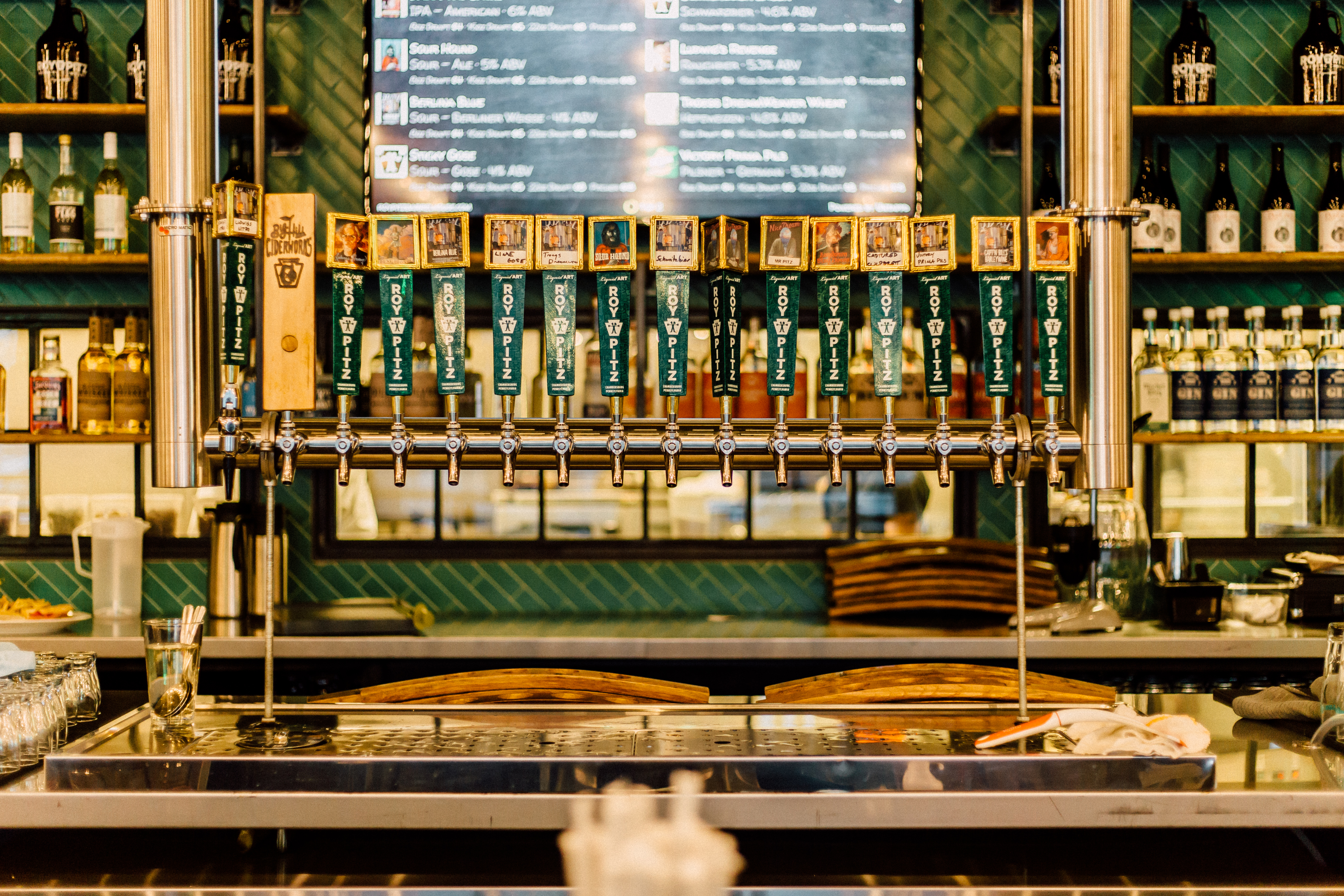 The friends behind Roy Pitz Brewing Company translate stories they love into skillfully crafted beer and original oil paintings to form an amalgamation of “liquid art.” Hailing from Central Pennsylvania, these brewers are ready to indoctrinate Philadelphia beer drinkers to the Roy Pitz brand and experience.

Michael Treon: The team started with longtime friends Ryan Richards and Jesse Rotz. The two grew up together in Chambersburg, PA, where they started their full production brewery and brewpub/restaurant. In 2017, they opened their barrel house in Philadelphia. I also grew up with Ryan and Jesse, and have been involved with the company part time since its inception, but decided become a full time business partner about 18 months ago to help get this new barrel house up and running.

How did Ryan and Jesse find themselves in the beer making business?

Mike: The two of them went to college together, and had a serious passion for home-brewing during that time. After graduating, they both attended brew school at the Siebel Institute of Brewing Technology. They were both business and marketing majors, and used those skills to build a business plan for their dream brewery.

However, for a few years now, we’ve been able to shift our focus from a brewery that distributed to as many states as it could to get on as many shelves as possible, to a brewpub that more so focuses on experimentation and brand education. We wanted to spend more time with customers and curate the beer that they were specifically interested in trying. It’s also a great way to keep the beer fresh. 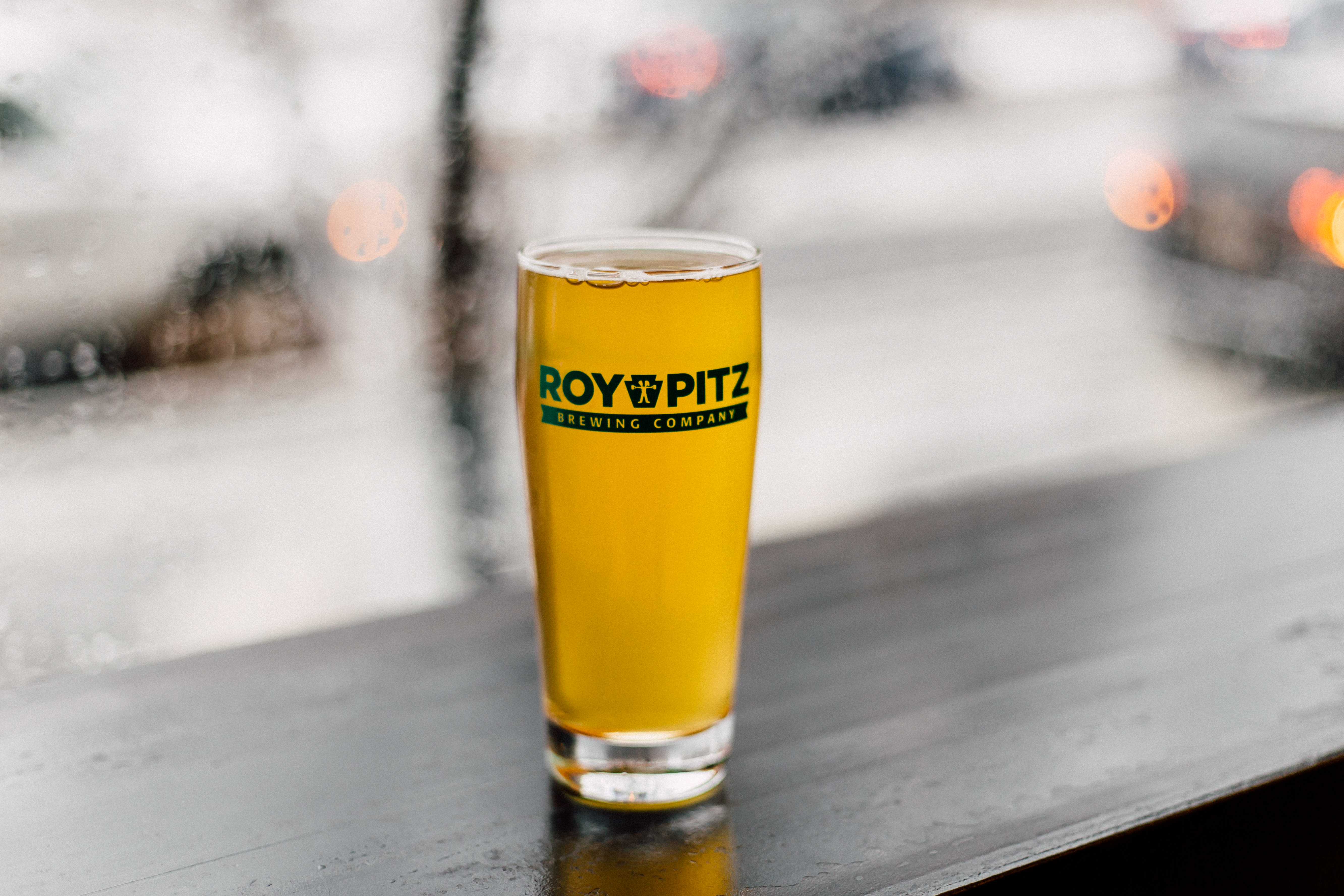 There are a ton of breweries based in Philly. What makes a brewery from Chambersburg different?

Mike: Most of what differentiates us is our brand. Our trademark is Liquid Art, which we believe is an expression of the craftsmanship that is put into all of our beers. From the start, our product is artfully created both in and out of the bottle. We try to curate an experience that incorporates not only the beer you drink, but the atmosphere, art, furniture, and food. We’ve been around for 10 years, so it helps that we know exactly who we are and what type of impression we want to make on Philadelphia. We also like that we can introduce people in Philly to things from Central PA - food, purveyors, band we bring it. Where we all come from is the core to this business, and it’s nice to be able to share it with new people. 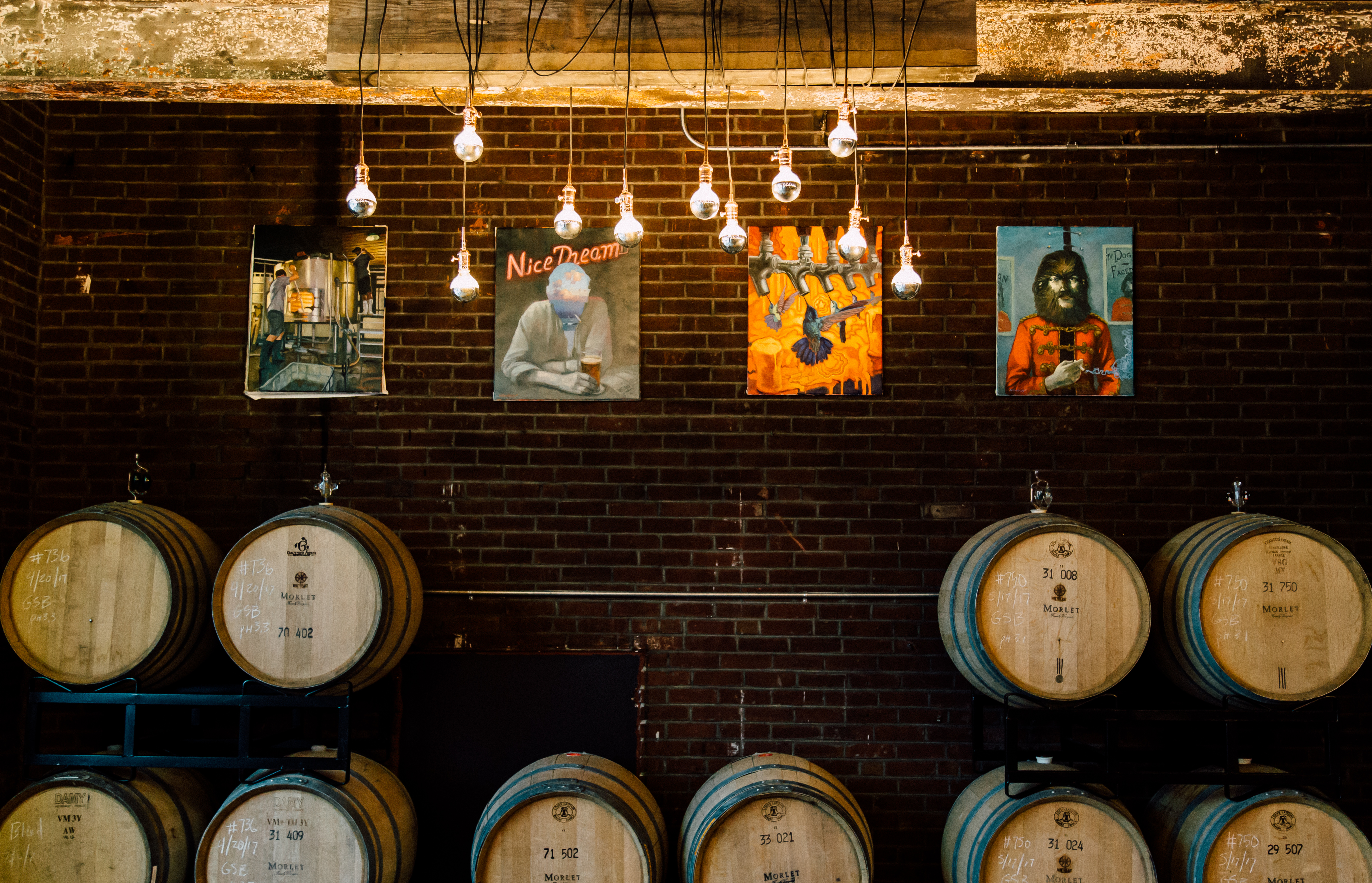 The labels you design for each type of beer are incredibly unique. How does that happen?

Mike: We have an in-house artist, his name is Will Hemsley. We’ve all known him for 20+ years and he’s grown up around the Roy Pitz brand. For each beer we want to create, we develop a story around it - whether it’s a story that is from our childhoods or a story of historical or cultural significance to us. We sit down with Will and co. and develop the narrative behind each of these beers, and he is able to translate it into a literal oil on canvas painting. We put that art on the tap handles and all of the bottles we sell. Each beer we make comes with it’s own work of art - it’s pretty cool.

What’s one of your favorite beer-stories?

Mike: My personal favorite is the story of Ludwig’s Revenge - it’s a German smoked lager. As the story goes, Chambersburg was the northernmost city that was burned during the Civil War. A Southern general by the name of McCausland held the town hostage, and when it couldn’t pay the ransom required, he burned the town to the ground. One of the properties that was destroyed in the fire was the town’s first ever recorded brewery, owned by a German guy named George Ludwig, who’s family still remains in Chambersburg today. So, the beer is an homage to that unfortunate event and one of our towns first brewers. We made the beer dark and smokey, and used all the ingredients from Bamberg, Germany, where the style and Ludwig were born. We believe this beer resembles how Ludwig himself might have brewed it over 100 years ago.

In what ways does the brewing company practice sustainability?

Mike: A big one is our solar hot water heater. Obviously, breweries use a ton of water, and we need the water to reach different temperatures throughout the brewing process. So, we use solar panels to heat our water, so that when we need to start boiling water, we start from a higher temperature, around 109 degrees versus room temperature, which conserves a lot of energy. We do a lot of the basics too - eco-friendly takeout containers, sustainable straw practices, bike racks out front, recycling programs... 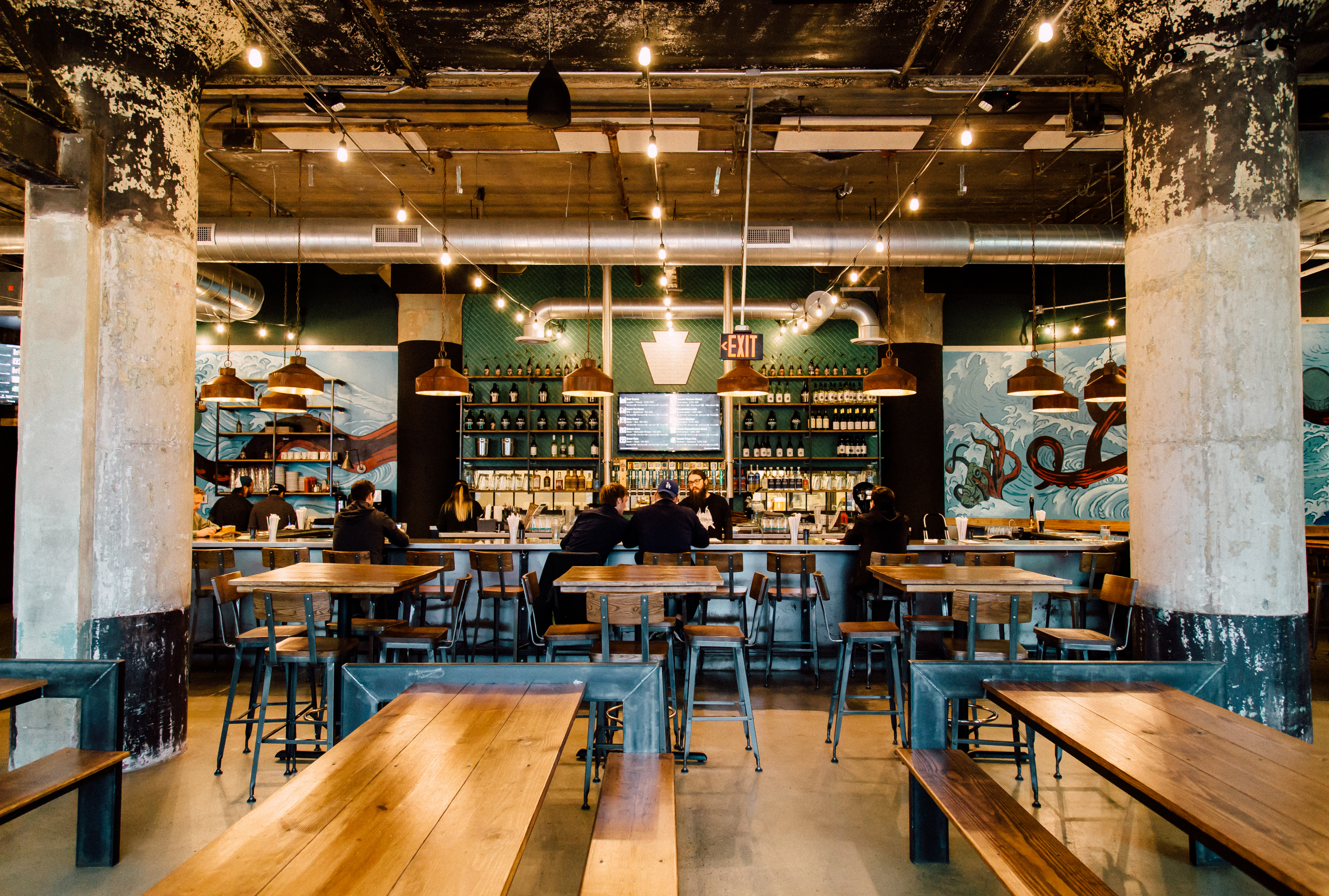 And finally, why did you chose Inspire for your Philly Barrel House?

Mike: Doing our part is really important to us. Growing up where we did, there was always an emphasis on environmental appreciation. We’ve always felt connected to the outdoors, and knew a lot of people who relied on it from an agricultural standpoint. And we rely on it now for our business. We have the solar panels in Central PA for our brewery, and Inspire definitely made the most sense as our urban solution. 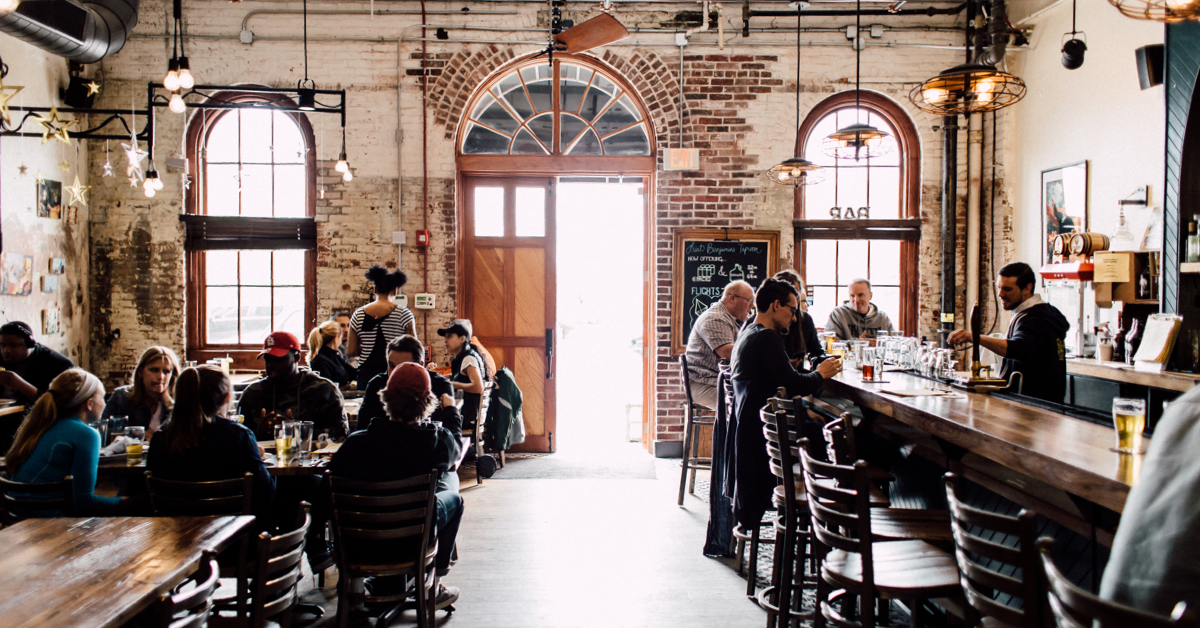 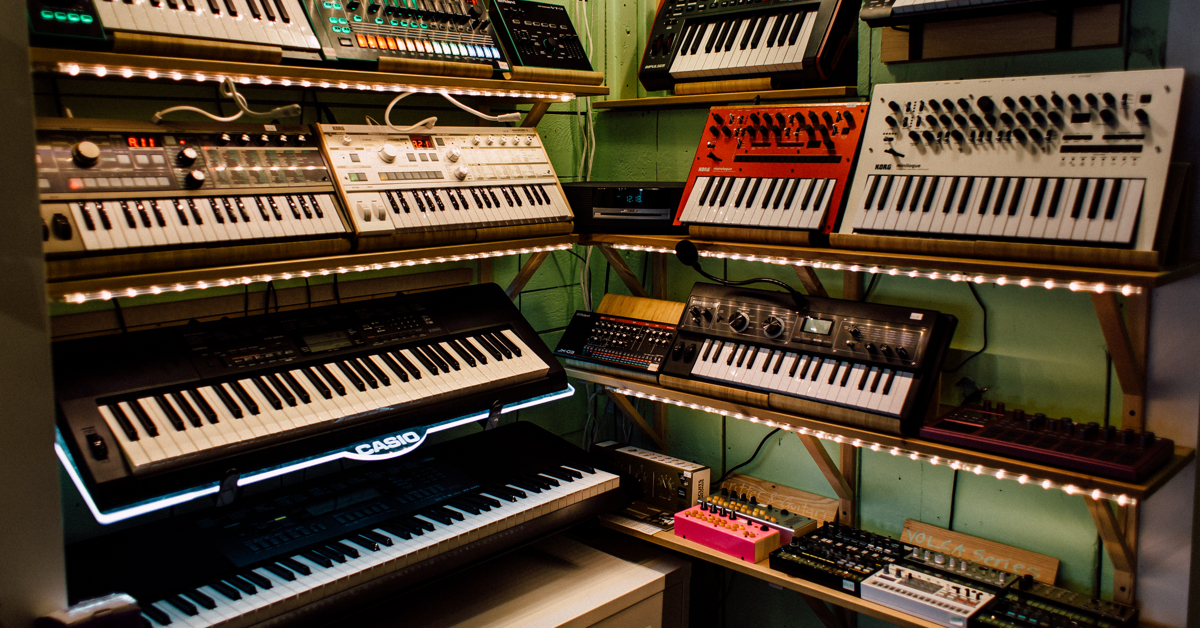 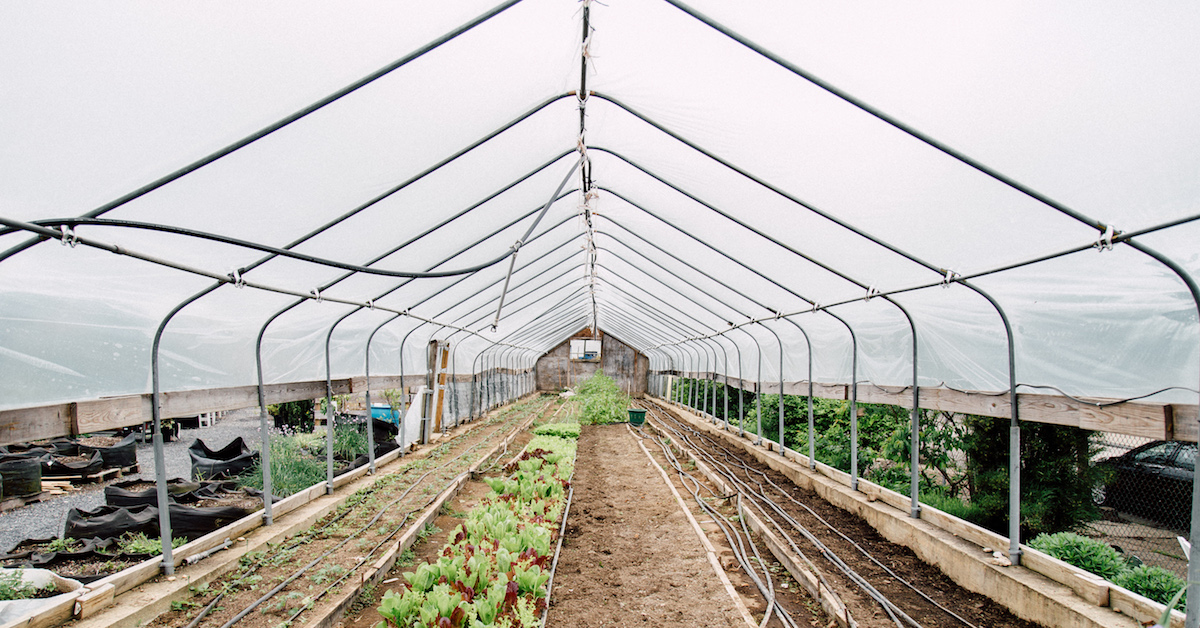